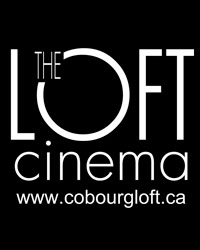 SNAGGLE, led by pianist Nick Maclean, is an award-winning 6-piece electric-jazz-funk ensemble often described by media as “Canada’s answer to Snarky Puppy”. Sporting an all-original repertoire the group has a fearless and muscular yet introspective sound likened to a cross between electric-era Miles Davis and Rage Against the Machine. Taking elements from a wide variety of musical sources including jazz, funk, rock, and metal, Snaggle contextualizes them within the improvisational and spontaneous elements of the jazz ideology. Their uniquely brash and infectious brand of jazzfunk is a melodically driven sound which incorporates primal groove qualities more commonly associated with pop and rock, swinging their live show from quietly contemplative all the way to explosively fierce - sometimes all within the same tune. Joining internationally acclaimed jazz trumpet iconoclast Brownman Ali’s Browntasauras Records roster in June 2015, Snaggle released their second full-length studio album ‘The Long Slog' on the label. The album was produced by Brownman, released in Canada in October 2016, and features him guesting on 2 tracks. In December of 2016 the group released a Holiday Single entitled 'Christmas Tune', also on Browntasauras Records, which was featured on CBC Radio. Most recently the band was honoured to have won 3 Gold Medals at the Global Music Awards in the 'Album', 'Band', and 'Originality' categories, a Toronto Independent Music Award for 'Best Jazz Instrumental' and was nominated for an International Independent Music Award in the Jazz/Jam/Funk category. www.SnaggleMusic.com

About bandleader NICK MACLEAN B orn in Ottawa in 1991, 26 -year old Nick Maclean is "a fast rising star in the Toronto jazz community" (BlogTO) and has quickly become one of the most in-demand 20-something piano players in that city's bustling jazz scene. SNAGGLE is his groove-based all-original eclectic electric-jazz project, sporting a 6-man lineup, compositional odysseys and often compared by media to Snarky Puppy. Nick received his Bachelors of Music from Humber College in 2013, having studied with Dave Restivo (who graciously wrote this album's liners), Bernie Senensky and Nancy Walker. He then went on to do a Masters in Jazz Performance at the University of Toronto researching synthesizer pedagogy while studying under David Occhipinti, Andrew Downing, Chris Donnelly and David Braid. Braid in particular had an enormous influence on how Maclean approaches playing, composing and teaching. Additional musical influences include the likes of the aforementioned Snarky Puppy, Weather Report, Brecker Brothers, Miles Davis (electric), Brownman Electryc Trio, Jason Lindner, Avishai Cohen (bass), Kneebody, Metalwood, Rage Against the Machine, Tool, Hiromi Uehara & Brad Mehldau. Aside from SNAGGLE, Maclean also leads a more straight-ahead hard-swinging quartet featuring Brownman Ali on trumpet. The NICK MACLEAN QUARTET's spirit is centered heavily around Herbie Hancock's primordial group from the 60's and their latest release 'Rites of Ascension' which was nominated for CJSF's '2018 Julian Award of Excellence', it won 3 Gold Medals at the Global Music Award in the 'jazz', 'band', and 'album' categories, and was featured as one of the Global Music Awards' 'Top 5 Albums of Spring 2018'. The future is bright for this young visionary as he continues his upward ascent in jazz artforms of all shapes and sizes. www.NicholasMaclean.com