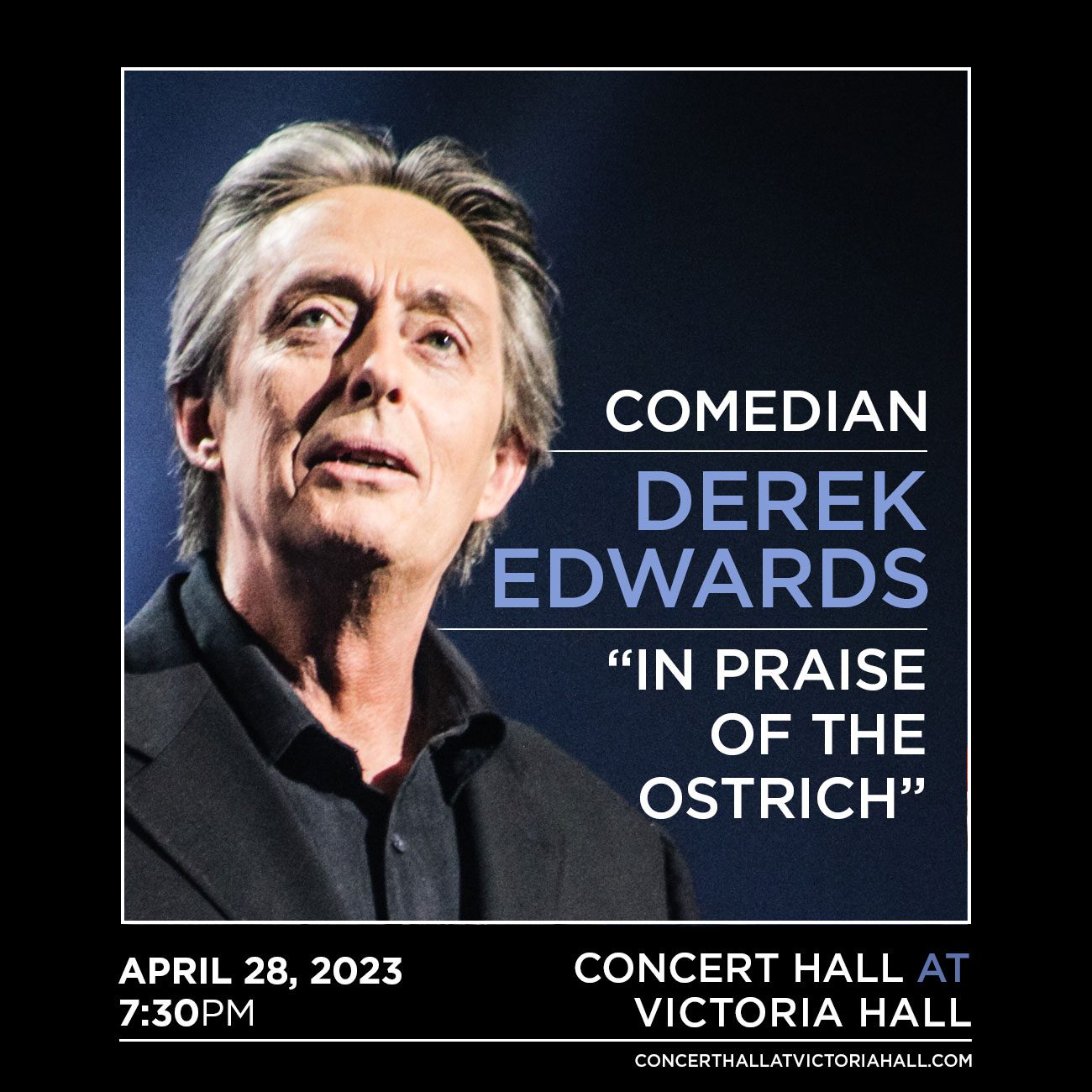 DEREK EDWARDS - IN PRAISE OF THE OSTRICH

DEREK EDWARDS - 'In Praise of the Ostrich'

COMING TO CONCERT HALL AT VICTORIA HALL ON FRIDAY APRIL 28 AT 7:30 PM

With 'In Praise of the Ostrich' Derek Edwards moseys back into town on horse-drawn comedy wagon; a searing meander down life's twisting trails, steered effort fully by this 30-year veteran. He returns with a payload of blissfully funny personal stories – a cacophony of shenanigans – set to tickle the ribs and warm the heart. With an easy conversational style, Derek reluctantly pulls his head out of the sand and launches into commentary on the influx of pot stores, self-driving cars, gambling tips, the challenge of staying youthful ... plus dressing warm. From Vegas to St. John’s, this Just For Laughs veteran is universally considered to be among the comic elite. Certainly his peers think so, as evidenced by the fact that he’s a four-time nominee, and winner of Best Stand-up Comic - Canadian Comedy Awards, as well as a multiple Gemini nominee for Best Performance in a Comedy. As Rick Mercer says, “Everyone knows Derek is the funniest man in Canada.”

'In Praise of the Ostrich' - Derek Edwards' new 90-minute stand-up comedy show ...a richly textured and enthralling 'cut above,' delivered with pace and authority by the consummate Canadian Comedian. Down to earth, lots of laughs, wagons ho.