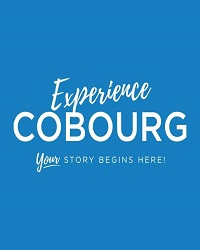 The Herbie Hancock influenced NICK MACLEAN QUARTET returns to the Loft in August as part of an Ontario tour. They were last here in Feb to release their now award-winning debut CD "Rites Of Ascension." They brought the house down - the audience raved about trumpet virtuoso, Brownman Ali. The Loft now has a long-term affiliation with Browntasauras Records to showcase acts signed to Brown's label when they tour along the 401 corridor. Expect to see a lot of those acts here in the next few months!

More about the NICK MACLEAN QUARTET:

The group is often praised lauded for the strength of their collective improvisatory vision and features one of Canada's most provocative improvising trumpet-playing iconoclasts Brownman Ali (2x Canadian National Jazz Award winner, and often called upon trumpet player for hip-hop legends such as Guru's Jazzmatazz, Jay-z, Mos Def & KRS-One). Standing r with Maclean & Brown are two of Toronto's top-tier rhythm section 20-somethings: Jesse Dietschi on bass and Tyler Goertzen on drums. The synergy of the 4 is especially palpable in concert.

"Rites Of Ascension is one of the best [recordings] I have heard this year (and I receive about 60 + per month). Well above average, and that Brownman Ali is just fantastic and sure rings a bell for me! Nick Maclean's compositions and renditions of Herbie's stuff is of the highest standard." -- Richard Therien at CIBL Radio-Montréal 101.5 FM